Over December and January, we enjoyed an abundance of cherries from the Ceres valley. Looking like a bowl of Christmas baubles, the deep red cherries brought a festive atmosphere to the kitchen table. Having a bowl of fresh cherries at hand for snacking, was a true summer luxury. 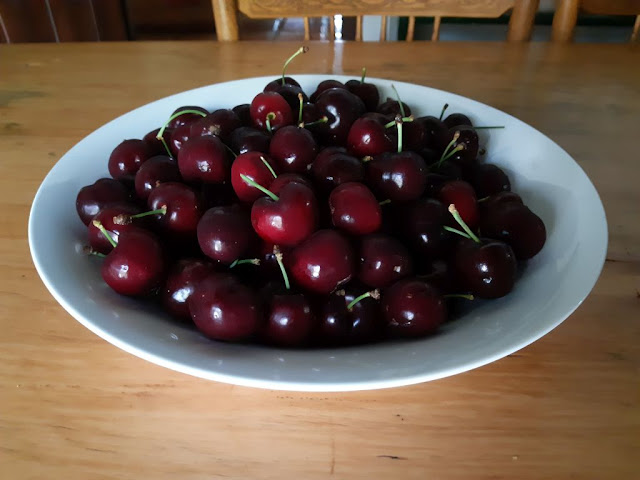 Preferring to use fruit while at their freshest, I decided to make cherry sorbet. With more cherries to spare, I set aside a jar of cherries on gin. These need maturing for a whole year before we will be able to sample this latest venture into preserved cherries.
My research into what all to make with fresh cherries, inevitably brought me back to my favourite book on making homemade liqueurs. What caught my interest was two recipes. One, using crushed cherries and the other, using the crushed cherry pits. This was appealing. It meant that I would not waste anything of the lovely fruit when making the two liqueurs. 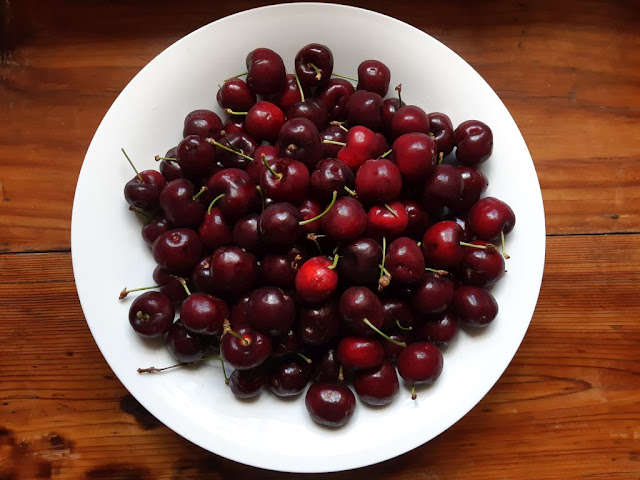 I discovered that cherries contain the highest volume of natural Melatonin. Melatonin is known to regulate the rhythmic patterns of the body. What a nice way to fix your “body clock”. The pits also contain traces of cyanide that has anti-inflammatory properties.

Hearing the word cyanide always makes me think of Victorian and early 20th Century murder stories. I decided that it would be good to know how many cherry pits would be required to be consumed in order to kill a person. I thought I would prefer not to become an Agatha Christie character in this regard. Apparently, Cyanide is the poison the author used most often to dispatch her victims. The cyanide-in-the-champagne, in the story “Sparkling Cyanide”, had a nice ring on the ear. 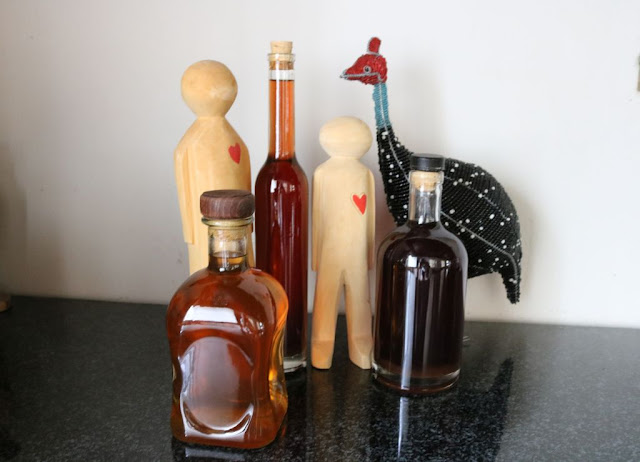 However, I prefer my cocktails non-lethal, thank you very much. Well, apparently one has to consume quite a lot of cherry pits before it will have a negative effect on you. One only uses the crushed pits of 500g of cherries on 750ml of brandy. I was worried that so few crushed pips would not give the liqueur the strong almond flavour for which I was hoping. However, the taste of the cherry pit liqueur provided for a nice surprise. With a slight almond flavour, it will add something unique to cocktails at Towerwater, without the dire consequences.

Method:
Remove the stems and pits of the cherries. Crush the fruit and place in a glass container. Add the brandy to the fruit and seal. Let the fruit macerate on the brandy for three weeks in a dark, warm spot. Shake the container twice a day. Strain the fruit through a muslin cloth and set aside.

Mix the water in sugar in a heavy-based pot. Dissolve the sugar over a low heat. Bring to the boil. Boil the syrup for 17 minutes. Remove the syrup from the stove and let it cool. Add the flavoured brandy to the cool syrup. Bottle the liqueur in clean sterilised bottles. Store the liqueur for at least a month before using.

Note: Do not discard the pits. Set them aside.

Method:
Wash and dry the cherry pits and crush them with a heavy rolling pin. Place the broken pits, both the insides and shells, with the brandy and sugar in a sealable glass jar. Macerate the pits on the brandy for at least one month in a warm spot. Shake the mix twice daily. Strain the brandy through a muslin cloth. Bottle the liqueur in clean sterilised bottles. Store the liqueur for at least a month before using. 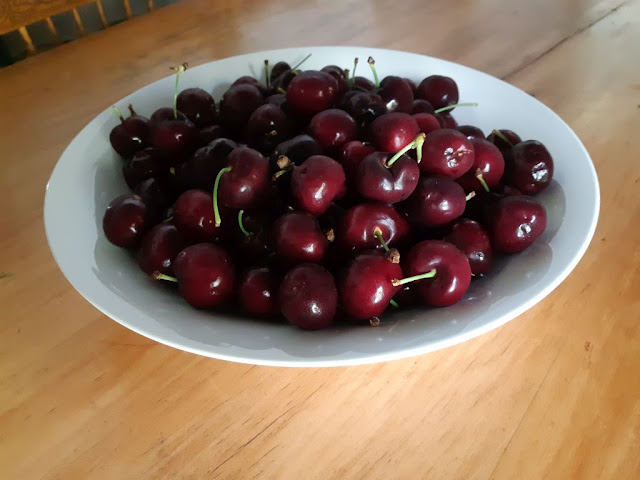 A true case of ‘waste not, want not’. I love the taste of the cherry pit liqueur. After reading all the pros and cons of eating cherry pits, I am sure that my liqueur is safe to enjoy. Nothing better than enjoying a unique Towerwater liqueur with a sense of Victorian mystery and adventure added.

Some people believe that in small quantities, cyanide from the kernels of stone fruit like apricots, peaches, plums, and cherries, as well as from the seeds of apples, can cure cancer. If you have any concerns about the cyanide compounds in cherry pits, I would recommend that you do not make this liqueur. 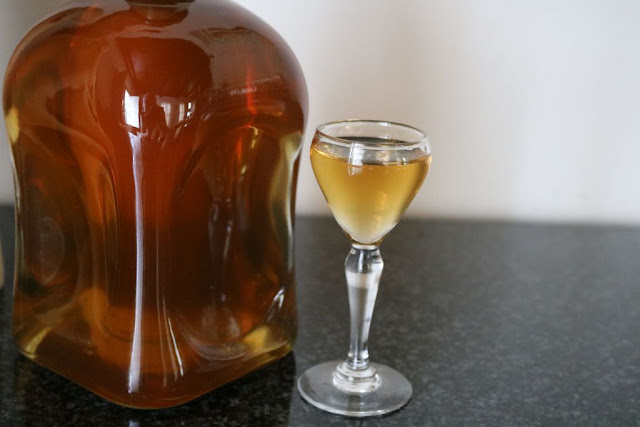 I might have to caution my guests when I serve cocktails containing the cherry pit liqueur. Otherwise, what was intended to be a pleasant weekend visit to Towerwater, might easily turn into an Agatha Christie murder mystery.
Posted by Thys at 06:00:00

Struggling to comment? Please let me know at thys.hattingh@gmail.com.